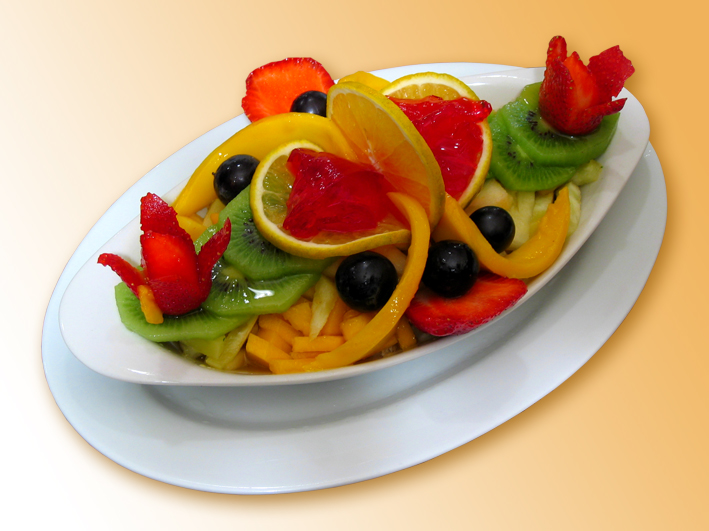 Within the Taoist doctrine we practice preventive medicine through food, being true that being vegetarians we prevent many diseases, but there is no security that we do not run the risk of suffering them, that is why we have to be clear on the best way to feed ourselves.

Our diet is naturo-taoist, which consists of a good combination of foods and the non-consumption of meat of any kind.

Within the common way of eating we have a bad combination of foods, by culture we have combined fruits with vegetables, or salt foods with sweet foods.

This combination of foods produces chemical reactions that damage the body, an acidification of the blood, which induces diseases such as blood sugar known as diabetes, uric acid, arthritis and others

The best way to consume fruits

* They should be consumed fresh.

* They should be consumed alone, without mixing them with other food,

* Acidic fruit juices should not be abused.

* It is not advisable to drink fruit juices after meals.

* Vegetables and fruits should not be consumed at the same meal.

* Citrus fruits should be consumed alone “The orange is gold in the morning, silver at noon and lead at night”

* Citrus fruits should be consumed before 2 o’clock in the afternoon.

* Sweet fruits can be consumed at any time of the day.

* All fruits should be chewed well.

* They should be eaten ripe and in most cases without peels and seeds.

* They should not be eaten as a dessert, as it hinders digestion.

* They should preferably be eaten on an empty stomach. Since the fruit is digested in the small intestine and if the stomach is full, it begins to ferment before being digested

* Fruit juices should be consumed fresh and as soon as possible, as they ferment and become a source of pain and disease, affecting the liver and the

* Orange with carrot. It raises the acidity, causes liver dysfunctions, stimulates the excess of bile, potentiates substances that attack the renal system, produces sourness, reflux and deterioration of the ureters.

* Pineapple with dairy products. It is such a powerful toxic, that it bursts cockroaches, the bromelina that contains the pineapple potentiates the active principles that trigger the intoxication.

* Salt with lemon. It causes problems with hemoglobin and produces anemia.

* Guava with banana and flour. Causes problems of hyperacidity or acidosis.

* Milk is digestible in the child until the age of 7 years because until that age there is an enzyme in the stomach that allows the child to make it digestible, after that age it is better to consume it in yogurt.

* Coconut, besides being neutral, it is a fruit that helps the human being to raise the levels of salts and limes that are necessary for the body

* Fresh cheese without salt is neutral

* Egg being unsalted, it can be used to make sweet cakes.